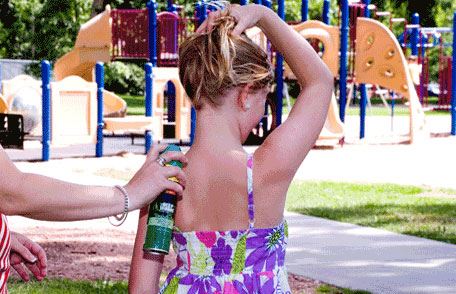 Don’t let mosquitoes wreck your summer fun. Protect yourself and your family from mosquito bites.

How many people get sick with West Nile virus? 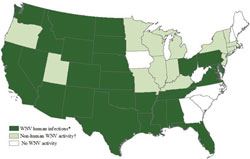 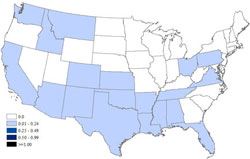 What are the risks?

In 2015, 44 states and the District of Columbia in the continental United States have reported 2,175 cases of West Nile virus in people. Depending on the year, some states report more West Nile cases than others. Some areas of the United States also report cases of other viruses spread by mosquitoes, such as Eastern Equine Encephalitis Virus or La Crosse Encephalitis Virus.

What are the symptoms of a West Nile virus infection?

No Symptoms in Most People

Most people (70-80%) who become infected with West Nile virus do not have any symptoms.

Fever in Some People

About 1 in 5 people who are infected will develop a fever with other symptoms such as headache, body aches, joint pains, vomiting, diarrhea, or rash. Most people with this type of West Nile virus recover completely, but feeling tired and weak can last for weeks to months.

Severe Symptoms in a Few People

Less than 1% of people who are infected will develop a serious neurologic illness such as encephalitis or meningitis (inflammation of the lining of the brain and spinal cord). The symptoms of neurologic illness can include headache, high fever, neck stiffness, disorientation, coma, tremors, seizures, or paralysis. See your healthcare provider if you think you have symptoms of West Nile virus. 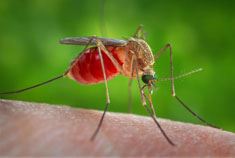 How do I protect myself from West Nile virus?

There is no vaccine to prevent West Nile virus infection.

The best way to prevent diseases spread by mosquitoes is to protect yourself and your family from mosquito bites.

If you have a baby or child:

Content provided and maintained by the U.S. Centers for Disease Control and Prevention (CDC). Please see our system usage guidelines and disclaimer.